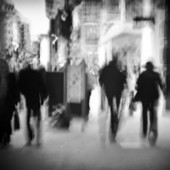 Many don’t understand why they should be concerned about surveillance if they have nothing to hide.

For instance, did you know that it is a federal crime to be in possession of a lobster under a certain size? It doesn’t matter if you bought it at a grocery store, if someone else gave it to you, if it’s dead or alive, if you found it after it died of natural causes, or even if you killed it while acting in self defense. You can go to jail because of a lobster.

If the federal government had access to every email you’ve ever written and every phone call you’ve ever made, it’s almost certain that they could find something you’ve done which violates a provision in the 27,000 pages of federal statues or 10,000 administrative regulations. You probably do have something to hide, you just don’t know it yet.