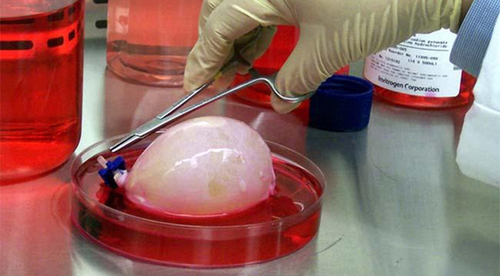 The promise of stem cell science lies not in the stem cells themselves but in what those cells can become; whether you’re growing a replacement heart, fusing a severed spinal chord, or regenerating a damaged eye, …
See on www.geek.com

Scientists have developed a method that allows them to propagate human embryonic stem cells without harming the embryo.
See on www.cnet.com.au

Stem cells improve damage in other cells by exporting mitochondria 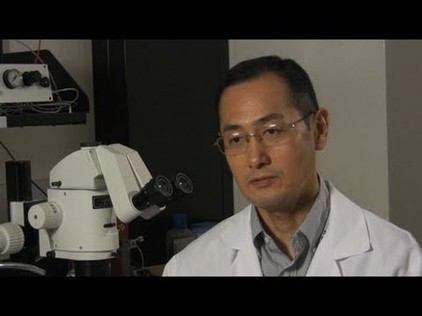 John B.Gurdon and Shinya Yamanaka share this year’s Nobel Prize in Medicine and Physiology for their work in cellular reprogramming, 50 years after……

How Yamanaka-san and Sir John Gurdon came to their idea!

Nobel Prize winner Sir John Gurdon talks to reporters on Oct. 8, 2012 in London. Gurdon and Shinya Yamanaka from Japan have both been awarded the Nobel prize for medicine or physiology for their work as pioneers of stem cell research. Photo by Peter Macdiarmid/Getty Images.

In 1962, John B. Gurdon of the United Kingdom discovered that a cell removed from the gut of a frog contained all the genetic information necessary to create the whole frog. More than 40 years later, Shinya Yamanaka of Japan found that by introducing a few genes to a mature mouse cell, he could reprogram it into a stem cell, capable of developing into any cell in the body.

Gurdon and Yamanaka share this year’s Nobel Prize in Physiology or Medicine for their work in cellular reprogramming, 50 years after Gurdon’s initial discovery. Their work in stem cells has led to a wave of advances, from cloning animals to allowing scientists to create embryonic cells without having to destroy embryos.

Gurdon was still a graduate student when he first transplanted genetic information from the nucleus of an intestinal cell of one frog into the fertilized egg cell of another whose own nucleus had been removed. That cell was able to reprogram and develop into a tadpole, proving that even mature, specialized cells have all the information needed to transform an embryo into an adult.

He relied on a technique called nuclear transfer to transplant the nuclei. The discovery flew in the face of established opinion, since other more established scientists hadn’t been able to successfully make such a transfer, and it was thought then that a specialized cell is irreversibly tied to its fate.

“We had to go through a few years, in a sense, of letting the results sink in,” Gurdon said in an early morning interview with the Nobel committee.

The same year that discovery was published, Yamanaka was born. And 40 years later, he took the science a big step farther. His research identified the four genes that made it possible to reverse mature stem cells into their embryonic state without using nuclear transfer. The “induced pluripotent embryonic stem cells” could then go on to become nerve cells, heart cells, gut cells.

That finding opened the possibility for skin cells to be reversed to embryonic cells and then reprogrammed into nerve, heart or other tissue cells for medical uses and disease treatment. Such reprogrammed cells have not yet been used to treat patients.

“They showed us that it is not a one-way street, that a cell retains the ability to go back to what it was in a primordial state, that it could rewind all its potential,” said David Scadden of the Harvard Stem Cell Institute. “What that means is…what we think of as highly restricted has the capacity to become any other cell. If we can engineer that process, that opens up new possibilities for regenerative medicine.”

“My goal all my life is to bring this stem cell technology to the bedside, to patients, to clinics,” Yamanaka told Adam Smith, editorial director of Nobel Media early Monday morning.

(the video in the link) http://youtu.be/rcFibJmKZrU

Gurdon told Nobel Media’s Smith that the finding highlights the importance of basic science, even if there isn’t an immediate benefit to health.

“So often it happens that the practical or theraupeutic benefits comes along quite a long time after the initial discovery,” he said.

Here’s a story by KQED’s Quest on the discovery. 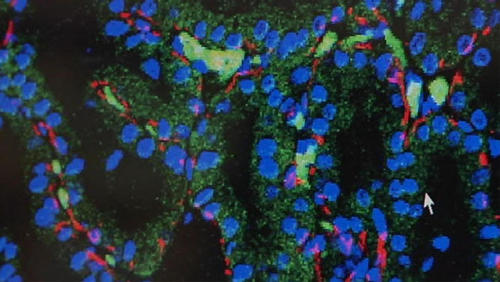 Southern California scientists may have found a potential cancer breakthrough thanks to new stem cell research at the University of California, Los Angeles.
See on www.nbclosangeles.com